When the clock struck 12:00 midnight on December 31 - I declared my word for 2015 to be 'grace'. I know - STUPID move right?  That's just asking for trouble... I kind of thought it would be an easy one...  A gentle year.  Haha
At first I thought it meant offering 'grace' to others... Being kind, being forgiving, loving everyone... - but I very quickly learned that was never really an issue for me... 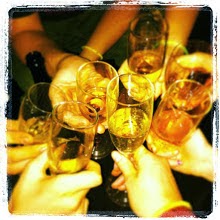 Well here I am on the eleventh hour of 2013 and writing my yearly 'ring in the new year with a new word' post.  I declared 2013 to be the year of 'CALM'.  I am aware that I have fallen short in some areas of 'calm' but feel I can turn the page on this year with many valuable lessons under my belt....

...So, I don't like crowds.  I am not comfortable in crowds, I get all nervous and sweaty and even a little paranoid whenever I find myself in large groups of people.  And, I am OK with admitting that it is a weakness.
I wasn't always that way.
I began not liking crowds a few years ago when I was treated very very badly while I was in a crowd. Then came the fear, self blame, the shame and the self...

I close my eyes on this day contemplating grief.

Perhaps it is a staircase. Each step containing all the stages of grief in various quantities, configurations and winding paths. You carry on with the mazes and paths on that step bouncing among the stages until the pain dulls a little... And once you get used to that step, and are comfortable with it, the next step suddenly reveals...

Yesterday was one of 'those' days.  Things went right, and things went wrong...  Much to be happy about, some to be nervous about, and even a little to be upset over.  I would call it a bit of an emotional rollercoaster kinda day.

Last night, however, I was able to put much of the day behind me, and went to bed feeling SO loved, and so incredibly in love... This morning I happily woke with that...